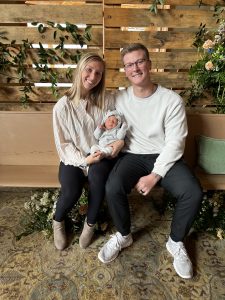 My name is Alex and I am from Milwaukee. When I was 14 years old, I became addicted to opiates. By the time I was 18 years old, I was addicted to heroin. By 21, I was addicted to heroin and cocaine. After overdosing and nearly losing everything, I sat in jail for two months. I decided I needed a change. I remember, clearly, the day that God spoke to me and said “you’ve tried everything on your own and here you are… sitting in jail with nothing and nobody. Try me!”. I decided to let go and let God have his way with my life. I entered Adult and Teen Challenge in 2018 and since then my life has completely changed. He’s restored every relationship I thought could never be healed. The change that God made in me led to my girlfriend, who is now my wife, come to know Jesus. He completely restored our relationship and made it better than before. I no longer walk a “fine line” of just staying sober. Today I am free from the chains of addiction because Adult and Teen Challenge gave me time and an opportunity to rebuild the relationship with Christ that I desperately needed. Now have a beautiful wife, a 6 week old son, and have a life that I used to consider just a long-lost dream.

Hi, I am Bobby. I’m 41 years old from Chicago, Illinois. I started using drugs and alcohol at the age of 15. This was the beginning of a long journey of self-destruction. I got married at 21. However, my life was dominated by stealing, lying, and smoking crack cocaine. I have 3 beautiful children with my wife. She asked me to get help from my addiction so I went to Adult and Teen Challenge. I graduated in 2005 from a center in Rehrersburg, Pennsylvania. Even after completing the program, I still wasn’t willing to surrender my life to God and I found myself in and out of other rehab centers across the country. Nothing worked! At this point, I hadn’t seen my children in six years. I returned to Great Lakes Adult and Teen Challenge begging for help again. I’ve since completed the Restoration Phase here and now I am serving in the Emerging Leaders Program. God remains faithful and now I can see the fruit of being consistent with the plans the Lord has for me. I am taking my relationship with God seriously, submitting to authority, serving diligently. My continued prayer is that total restoration with my family will take place.

My name is Jacob. At the age of 14 I got involved with drugs and alcohol. By the time I was 20 I started selling drugs and was convicted of a felony for a burglary. Addiction had a hold of me and was pulling me deeper into depression. I suffered from an overdose two years ago and was in a coma for two days. When I thought there was no hope left, God directed me to Great Lakes rehab for men. God showed me what true love is through the leadership there. Today I am a student at Teen Challenge Ministry Institution in Los Angeles, CA. I became a certified personal trainer. I have completed one year of college and plan to transfer to Vanguard University in the fall. Never stop praying for those lost in addiction. God can use their testimony to influence revival in this generation.

I am Michael Schrimpf, Sr. I am from Sheboygan and I am 32 years old. Starting from birth, I lived in multiple foster homes until I was adopted at age 4. My experience as a child left me with feelings of abandonment. As a teenager, I found refuge and drugs and alcohol. I became a full-blown meth addict at age 28. I hit my rock bottom in 2019 when I handed over my youngest son to my mom because I was being arrested. Sitting in jail, I surrendered to God. I came directly to Great Lakes Adult and Teen Challenge rehab for men. I have been sober for over two years now. I am in bible school working towards becoming a pastor. I am serving as an intern because want to lead other men in their recovery. My fiancée and I will be getting married and our family is being reunited. I am learning to be the father that God has called me to be. 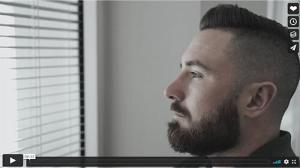 My name is Alex Willis and I am from Shell Lake, Wisconsin. After completing high school in 2008, I enrolled in the United States Marines Corps. After attending boot camp in San Diego, California I was stationed in Iwakuni, Japan. I loved being a Marine and serving my country. I really enjoyed growing up in Shell Lake. Shell Lake is a beautiful tourist town and is a great place to experience the outdoors and good people. My mother grew up in Chicago, Illinois. She did her best to provide for me and my sister. My father abandoned my mother just after I was born. At 9 years old I started smoking marijuana with my cousins. In high school, I began to use LSD, cocaine and prescription pills. While stationed in Japan I went out one night and beat up a civilian. The Japanese police arrested me and put me in jail. The Marine Military Police came and picked me up and brought me to my Sergeant Major who sent me to the Military prison. I was discharged in 2011 after serving six months in prison. This was devastating. I was at my lowest point in life. In all of this, I could not stop drinking. I came back to Shell Lake, but everything just got worse. I was introduced to methamphetamine. I would sell meth to pay for my addiction. In February of 2014, a large police SWAT team showed up at my house and arrested me for the use and distribution of methamphetamine. During this time my mom was encouraging me to accept the help that only Jesus Christ could provide. She told me about Great Lakes Men’s Rehab, part of Teen Challenge. After being incarcerated twice, the jail chaplain contacted Teen Challenge and helped me get into the program. During this last year, the Lord has helped me immensely. I am rebuilding my life in Christ. I graduated last month and will be entering Brooklyn Teen Challenge School of Ministry in October. At this center, I will live where Nicky Cruz lived and take classes at the original Teen Challenge Center started by Rev. David Wilkerson. Thank you for supporting Great Lakes Men’s Rehab, part of Teen Challenge! Your support helps those struggling with addiction find freedom.

My name is Robert Bell and I am 40 years old. I became a heavy drinker at a very young age. This led to violent behavior, prison and rejection from family and friends. When I was 14, I committed a strong arm robbery and was sent to juvenile prison. When I got out of Ethan Allen school, I got involved with a division of the Gangster Disciples called the Lynch Mob. First I ran with gang members and then I became one, which resulted in my whole family getting involved. I lost a brother and a little cousin to murder in all of this. I was in prison when I lost my little brother – I was getting out two weeks later. By the time I was 19 years old, I had been convicted of three felonies in Milwaukee County and was sent to prison. I ended up being locked up for about 7-10 years in total. It seemed as though every time I got out I was quickly revoked. Alone one morning in my bedroom, I lifted my hands to God and asked him to help me. I heard about Great Lakes Men’s Rehab, part of Teen Challenge, through Christian friends. I was serious about change and ten days later I was a student in the Adult & Teen Challenge program. During this time, God spoke to me that He had been my Father the whole time because I had never met my biological father. That’s when I experienced the power of the Holy Spirit. I could not stop crying, but I wasn’t hurt at all. I am now a child of God and the violent attitude has turned to kindness. His love has filled my soul. Last month, I received credentials as a licensed minister in the Assemblies of God. I plan to spend the rest of my life helping people and being faithful to the Lord’s call on my life. A scripture that brings me strength is I Corinthians 15:58… “Therefore, my dear brothers and sisters, stand firm. Let nothing move you. Always give yourselves fully to the work of the Lord, because you know that your labor in the Lord is not in vain.”

My name is Clint Ryczek and I am 25 years old. Growing up I had many issues in life that I often hid from my family and others. I was a very quiet person who spent almost all my free time playing video games and watching horror movies. When I entered high school, I started using drugs to deal with my depression and for a while, they helped tremendously. At first, I started drinking and smoking pot, which eventually led me to dabble in prescription pills. After 6 years, I didn’t know who I was anymore. I tried everything to find happiness and began getting into occult practices, but nothing ever gave me that peace that I was searching for. After committing a few felonies and multiple misdemeanors, I found myself broken and suicidal. A past graduate named Amy told me about Great Lakes Men’s Rehab, part of Teen Challenge, and, after some persuasion, I agreed to come. After two weeks here at Teen Challenge, I surrendered my life to God’s will and I finally found the happiness I had been desperately searching for. God has completely restored my life and my family. I owe my life to God and will serve Him until the day I die. I feel like I am a whole new person and I am quite happy today. Thank you for supporting Great Lakes Men’s Rehab, part of Teen Challenge—it has saved my life!